for the highest standard

at school and beyond

School governors are ordinary people from the local community who wish to make a positive contribution to children’s education. They are the largest volunteer force in the country and have an important part to play in raising school standards. Governors are not involved in the day-to-day management of the school.

Almost anyone can become a school governor and you can find out more information here. All new governors receive training and support from Ivy Learning Trust and their fellow governors. If you are interested in assisting the School in this way, please contact governance@ivylearningtrust.org.

The Local Governing Body is made up of talented individuals, bringing a variety of complementary skills. We have high expectations for Walker. We seek evidence that the school is improving as a result of the strategic decisions we make. We do this through by reviewing the evaluations made by the Headteacher and her team and agreeing the priorities for the school. We regularly visit the school and talk to children and staff. We value feedback from all stakeholders. 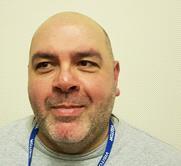 Stelios was elected as a Parent-Governor in December 2015. He has two children and is a former pupil of this school. He has lived in Southgate since 1976. Stelios was elected Chair of the Governors in September 2019. He is an active member of the Friends of Walker.

Raakhee has been a Senior Leader in schools for 12 years. She joined Walker as Deputy in 2015 and was appointed Headteacher in 2022.

Raakhee has successfully completed a MA in Education and the NPQH and now facilitates NPQ cohorts supporting senior leaders.

Raakhee has a passion for nurturing a learning culture in schools, where children and staff have a thirst for learning, a passion for enquiry and a drive for excellence.

As Headteacher, Raakhee is part of the Local Governing Board and reports to local governors progress and achievement, curriculum and resources. 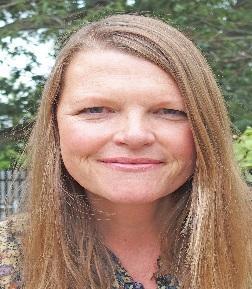 Rachel was elected as Staff governor in June 2022, having worked at Walker since 2017. Rachel has taught Key Stage 2, Key Stage 1 and Early Years in Islington and Haringey before teaching in Enfield which she also calls home.

Rachel has a passion for teaching children and nurturing a love of learning that goes beyond the classroom. Rachel is part of the wider leadership at Walker and is curriculum lead for Art and Design, a role that enables her to diversify the curriculum and expose children to a wider learning experience.

Rachel brings experience of working for Merchant Banks, an International News Agency as well as working and teaching abroad. 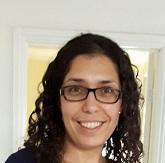 Saima was elected as Parent Governor in October 2019, and works part time as an NHS GP.  She has 3 children at Walker and has been actively involved in school life.  She has had leadership roles within the workplace, BMA and royal medical colleges, and welcomes a supportive team approach.  She will support Walker and our families to have high expectations for the children with a strong emphasis on responsibility and respect for each other.

Mike was elected as a Parent Governor in October 2019. He has two children. The oldest  joined Walker  in September 2019. Having grown up and studied in Enfield, Mike graduated with honours from the University of Hull’s Mechanical Engineering and Aeronautics master’s program. Whilst there, he was elected Union President and sat on various committees including the Hull City Image urban regeneration project. Following a career working in marketing and leadership roles for major record labels such as Virgin Records and Sony/RCA, Mike founded a brand marketing agency which he still runs today. Mike is keen to participate and add value wherever needed, putting his experiences of creative and collaborative problem-solving in the world of business leadership to work towards the fast-evolving needs of the children, school and connected Walker community.

Christina has a strong affinity with the vision and values of Walker Primary School, having first been elected a parent governor in 2006, then appointed a Community Governor and now a Co-opted Governor. An active member of the “Friends of Walker” during her time as a Walker parent, Christina remains in close contact with our ‘extended’ Walker family of past parents and pupils. During her time as a governor, Christina has served on every committee including the Headteacher Appointment Panel. She is a regular visitor to school. Christina is our link Governor for Literacy.

Lisa has worked as a HR Manager in schools for a number of years in both the independent and academy sectors (including advising on employment matters during the pre-opening stages of a new Sixth Form academy). She completed a Post-Graduate Diploma in Human Resources Management and gained Chartered status of the CIPD whilst working at The Crown Estate.

With two children in Walker and having lived in Southgate for most of her life, Lisa feels a strong connection to the local community and is relishing the opportunity to support the ambitions of our school.

Sweta has a career spanning IT, HR management and consulting, and aims to bring related skills to the role. A recent foray into the education sector, through academic support roles, has given Sweta a perspective into curriculum delivery at primary schools in Enfield. Sweta has been associated with Walker since 2011 as both her children attended this school and has been a part of the changes that Walker has gone though in the last decade. The needs of the school, the best interests and the aspirations of the school community will always be at the heart of her approach.

Jo joined Walker in 2002 as a newly qualified teacher and has worked here ever since. She has been a class teacher throughout Key Stage 2 and has been part of the senior leadership team for the past ten years. She has also been a staff governor. She has a passion for supporting all pupils to achieve their best academically whilst ensuring they are happy, valued and respected. She is looking forward to the role of interim deputy head teacher and helping Raakhee to lead the staff and pupils to improve the school even further.

Local Governors who have stepped down in the last 12 months.

Governance documents which need to be available for public inspection can be requested by emailing the governance professional at governance@ivylearningtrust.org

Unfortunately not the ones with chocolate chips.

Some cookies are necessary in order to make this website function correctly. These are set by default and whilst you can block or delete them by changing your browser settings, some functionality such as being able to log in to the website will not work if you do this. The necessary cookies set on this website are as follows:

Cookies that are not necessary to make the website work, but which enable additional functionality, can also be set. By default these cookies are disabled, but you can choose to enable them below: